More than a post, a scribbled note while waiting for a live streaming.

Why a title in Chinese for this short post?

Because it talks about continuous innovation and re-inventing a (hopefully smart) city.

Incidentally: have a look at a translation in your own language here.

The Italian version? Will be added as a footnote over the week-end.

First, I would like to start with a self-quote that refers to the picture enclosed with this post, as I shared this morning on Facebook: "Interesting interview on #Repubblica today about the risk of sidelining for #Turin (with or without #TAV) and the need to build critical mass, not just empty boxes and events attended just by locals

Still, no reference to the potential long-term value of that 25% of university students not from Turin and how to leverage 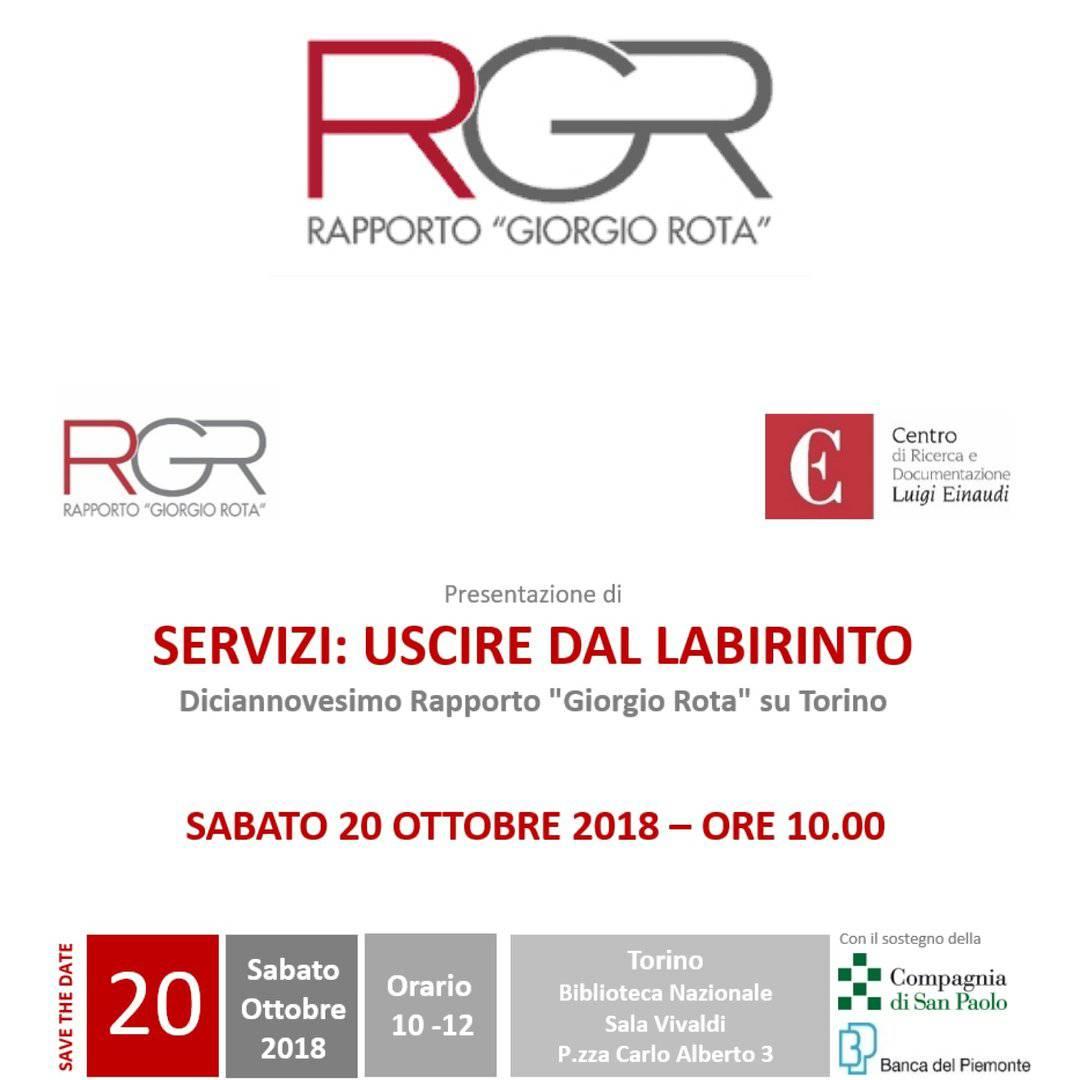 This post somewhat connects today's interview and the October 20th presentation with an event that started at 18 in Turin at the OGR.

Which is a nice location, to show that innovation is not just an episode, a peak of creativity, but a continuous re-invention.

OGR stands for "Officine Grandi Riparazioni"- an exhbition space, conference centre, museum, coworking space that used to be a repair shop for trains.

The event? As I posted on Twitter: "at 18, there should be a streaming live at "Le Sfide dell'innovazione" in Turin, http://www.lesfidedellinnovazione.it - first stage of a tour that will travel across Northern Italy (Torino-Alba-Genoa-Leghorn-Padua-Udine-Trieste)".

Well, I still cannot see the streaming on the site, but maybe, as for the registration, it is just a configuration issue.

Now, what was the concept beyond that Still, no reference to the potential long-term value of that 25% of university students not from Turin and how to leverage?

Nothing more and nothing less than the "alma Mater" concept, that most of my foreign friends, colleagues, connections are familiar with.

Which isn't simply, as I heard once in a while here in Italy, the concept that you contact alumni and ask them to fund initiatives of the academic institution where they earned a degree, but something long-term, that starts even before they are students.

In current parlance, an ecosystem. A continuous ecosystem.

I wrote few times in the past (including in the recent booklet on innovation in Italy) that Turin, my birthplace, contracted its industrial base over the last few decades, while, at the same time, thanks in no small measure to the two local main banking Foundations (Compagnia Sanpaolo and Fondazione CRT), funded re-inventing itself.

And this included leveraging on the educational system built to support the old industrial past, converting what was mainly a functional presence into a "leading competence centre" (I prefer this concept to the "Centre of Excellence" we Italians seem to be happy to bestow on anything anytime anywhere- provided that it is local and we try to sell it to somebody else).

So, both the Università di Torino and the Politecnico expanded their facilities and size, and not too long ago I was told that approximately 25% of the students are now "foreign" (in Turin, this could mean both from abroad and from other Italian locations that are not commutable).

Turin is a nice town, that used to be a backwater until the Savoy family moved from France to Italy (so much that, at the beginning, Italian was for some members of the family a foreign language), and selected Turin, gradually expanding and introducing boulevards and arcades around the original Roman centre.

There are activities for foreigners and by foreigners, but none of the foreign students I talked with since 2012 told me about "structural support".

It requires a long-term investment and planning, but the concept is quite simple.

Yes, some foreign students are in Turin because some grants cover their presence here- a kind of "student attraction scheme".

In the early 1990s I was a participant to a contest in Japan to do something similar (no, I wasn't selected), but the idea then was explicit: one year in Japan, sponsored, so that you can then go back in your own country and, through your career, become a "de facto cultural ambassador".

So, it is nothing really original, but here in Turin could have a different twist, as the town is struggling to reposition itself for a post-industrial future, and there are almost daily "blips" of innovation that are at least co-sponsored by local authorities, banking foundation, local companies, industrialists' associations, the Turin Chamber of Commerce.

But, apparently, all indipendently.

Or, at least, there is no external visibility of all this activity, except for those directly involved.

In Italy, whenever somebody says "systemic" and "visibility", suddenly a new bureaucracy is born- which, of course, is not what I mean.

Structuring induction training for foreign or "non-local" students, and then "get together" tours or events that could seed interaction between them and the city might actually be a cheap yet easy start.

But it could be interesting to see more communication. When I was a kid, the "InformaGiovani" was supposed to be that- before Internet, we knew that we could find a "collector of information"- today, it will be easier.

My German friends would excuse me if I say that Germany isn't really known to have the most welcoming culture.

Yet, after attending an onsite session in Frankfurt at the Goethe Institut last year, I was put in contact with many opportunities to "stay in touch"- from the Alumni Deutschland, to other groups, including told to keep in touch with the Goethe Institut that happens to be in Turin.

Just appoint some "antennas" to help foreign students around, discover the location, and build connections that link them together- and with the location.

Even without going to the extent of what my American friends told me about their students' life, e.g. the town-in-a-town residential campus of the University of Michigan, there are plenty of opportunities.

As I wrote above, it was over 20 years ago when I received information about that possibility in Japan, and now it is much cheaper to "keep in touch", as most of the students will be digital natives and used to attend events remotely.

Personally, I have been by chance involved in similar attempts, and I like to connect groups and then let them work their magic, not keep there trying to "manage" their relationship.

That is another role for another time- in this context, I would prefer, and find more productive, to keep it staying that way: a thousand flowers blossoming, not a greenhouse (or two or three or four, as it is customary here, following a "control freak" attitude).

OK, now that I have the link for the streaming...time to go- see you at the next post, or, if you want... at the next step in a long journey.