Three centuries in a month and moving forward: #Italy, #EU, and #COVID19

Three centuries in a month and moving forward: #Italy, #EU, and #COVID19 - Conclusions- the end of the beginning

Conclusions- the end of the beginning

Autarchy is out- in is collaboration and, moreover, dynamic rearrangement of means and purposes.

In my view, of critical importance is moving from our "tribal approach" toward a "swarming approach" (e.g. see few articles and posts where I discussed the concept and shared references to bibliography).

A book that I really enjoyed reading while following a course on Neuroeconomics was on... decision-making patterns adopted by bees.

Those who worked with me or know me from other activities know that since high school (since I was 14) I also liked reading about constitutional debates not just in Italy- as a Constitution should be a guideline of principles for a nation, not just a balancing of current powers.

In Italy but also in other countries the current, first worldwide pandemic of the Internet era probably procured material worth few PhDs on assessing the inherent weaknesses in our current development model.

It has been so far a socially and economically expensive way to develop lessons, more concise and with less structural impact than a physical war.

If you want, the COVID-19 at this stage of the XXI century could be called the first "neutron bomb war".

A neutron bomb was said to be something making viable a nukes-based war, as would kill people but leave most infrastructure still usable.

What so far COVID-19 showed and, thanks to social networks online, enabled everybody to share feed-back on, is not, in my view, that we need more competent leaders.

We need leaders able to deal with competent people and then make choices.

As I have been sharing for few days online, resurrecting a quote from the life of President Truman... we need more people able to say "the buck stops here" (link to my online commentary on the business side, on Linkedin)- while acknowledging that that does not imply that one single person makes choices.

Only, that (s)he will coalesce whatever coalition of the willing needed, but then make informed choices and take full responsibility also of mistakes.

...learn from various post-Civil-War commissions of the past: we need those who made mistakes to be able to learn how to avoid repeating them.

Then, once the lessons are shared, we need to move forward, not settle grudges or score points.

Rebuilding is more important- and what will enter history books.

PS for my contacts who did not receive drafts of the articles that I was preparing in late February, focused on few concepts... this is the draft mindmap: 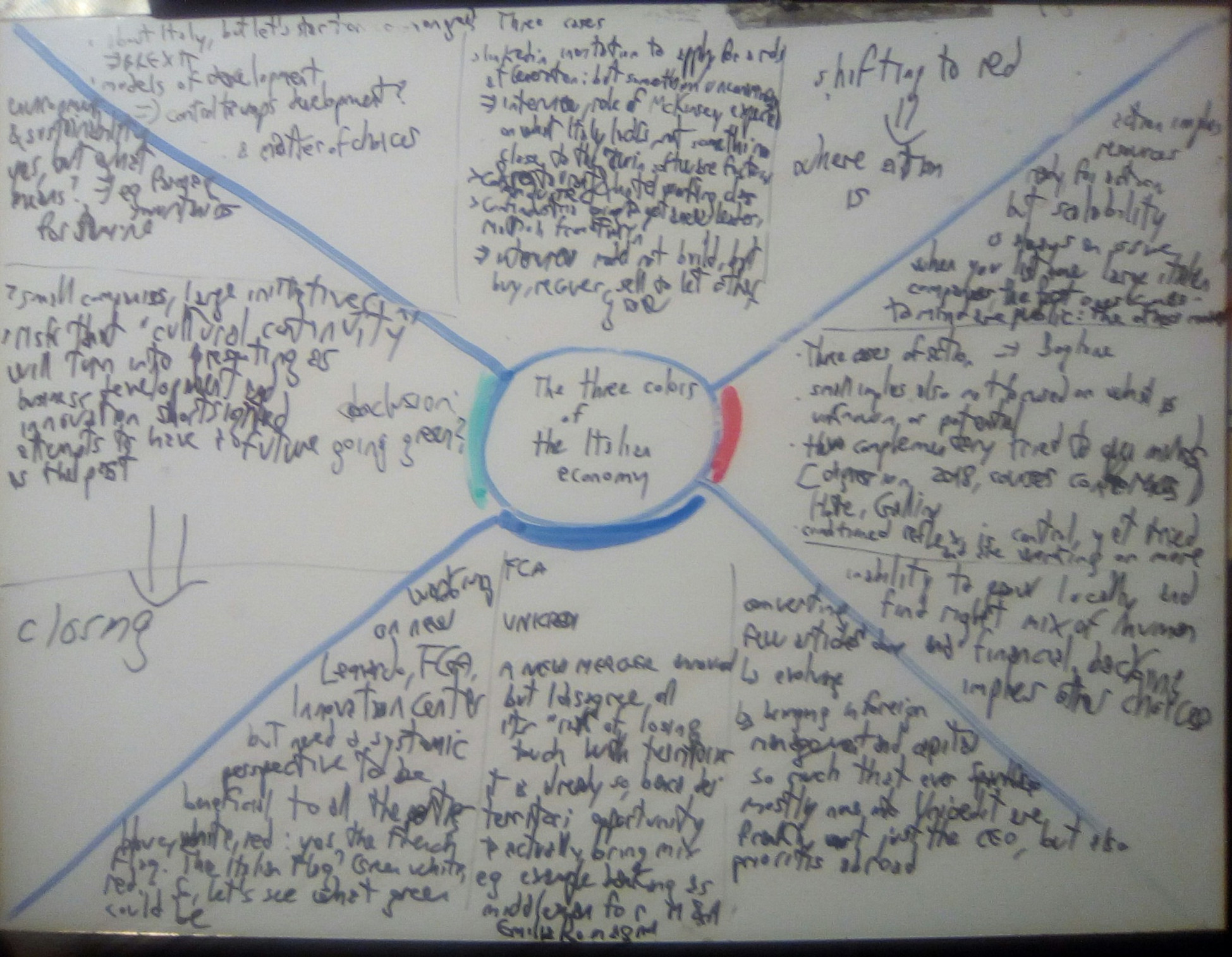 PPS this is not the time to focus on those items- and, anyway, I already shared in February and March e.g. which personality I think would be more appropriate now to lead the Italian Industrialists' Association, at a time of rebuilding- we need coalition builders

PPPS about the Eurogroup negotiations on coronabonds, that resulted eventually in all but The Netherlands converging: as I shared online, I wonder: how much the impossibility of using the usual face-to-face and informal setting negotation did influence?

with a video, also if they had maybe not just what shown on news, a multi-party video, but a one-to-one option, in these times people do more posturing than would do in "camera caritatis" negotiations, as they expect a potential political nightmare down the road: a release of the video

we need to consider this element too...