In Italian, it means "right to vote", and this website is a side-effect of my prior relocations abroad to two other EU Member States (I first de-registered from Italy in 1998, re-registered in 2012).

I had registered in a the past a dirittodivoto.com domain, but eventually decided to drop it, as I think that both in Italy and within the European Union this is the time to blend business and politics- they cannot keep pretending to live in parallel worlds, when, due to e-government (incidentally, gained momentum really after OECD's "push"), business processes are starting to be structurally intertwined with government and governance processes within the public sector.

Italy has global taxation, but if you stay abroad more than 12 months you can register with the local Italian Consulate so that you can avoid having to report and, potentially, pay taxes both were you live and in Italy.

Eventually, beside the right to being taxed, those living abroad and registered at the local Consulate (within a registry called "AIRE") acquired also the right to representation by Members of the Parliament elected abroad- a cherished aim of an extreme-right Member of the Parliament, whose first beneficiary was... a leftist Government whose PM won a critical confidence vote only thanks to the votes of those elected abroad.

What is the concept behind DirittoDiVoto?

Most Italians abroad knew nothing about their new (and old) rights, and therefore... this website.

When I re-registered in Italy in 2012, I toyed with the idea of using my old past in political organizational activities and a couple of decades of business experience in organizational change (which involves plenty of negotiations, diplomacy, politics, marketing), to... become a political consultant.

So, I started by sharing in Italian few articles on how to integrate new media and traditional campaigning- both for political and advocacy operators, before seeing that probably I would not like to become an accomplice to the continued spoiling of the Italian Constitution.

Between 2008 and 2013 this website hosted material that I deemed useful to Italians resident abroad and willing to vote, and each article was either bilingual (English+Italian) or, for longer essays, an English version was posted on my blog (and a link provided at the beginning of the Italian version).

Plans? To keep writing few more articles, and to convert the more "operations-oriented" essays into yet another book to add to my Amazon/Kindle/Slideshare list.

If you want to contact me, I can be reached on facebook.com/berlindiaries

Anyway, should you be interested in exercising your own right to either be elected or advocate for your own political choices, few years back I published a book (in Italian, the only one), that eventually shared online.

Last but not least: I hold an Italian/EU passport, and therefore once in a while I post commentary on EU, Italy, and by birthplace, Turin.

These are the key concepts discussed in this website: 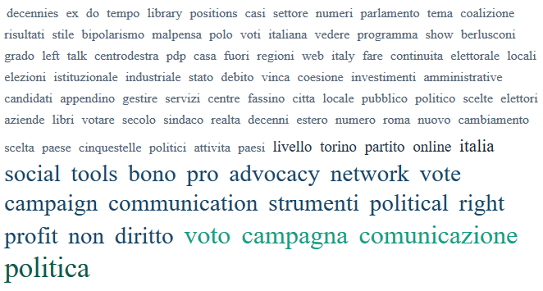